If you are like most people, you occasionally see the phrase “we used a Monte Carlo Simulation to...”   If you are a rare person, you have thought about that phrase and may have wondered what the deal is with Monte Carlo simulations and why they are supposed to lend credence to whatever is said in the sentence after that phrase.

First let’s talk about a non-Monte Carlo simulations; a simulation is a computer modeling of a real world process.  It has many values, such as allowing us to study how each different input affects the process, or the effect of introducing a new input.

What is a Monte Carlo Simulation? 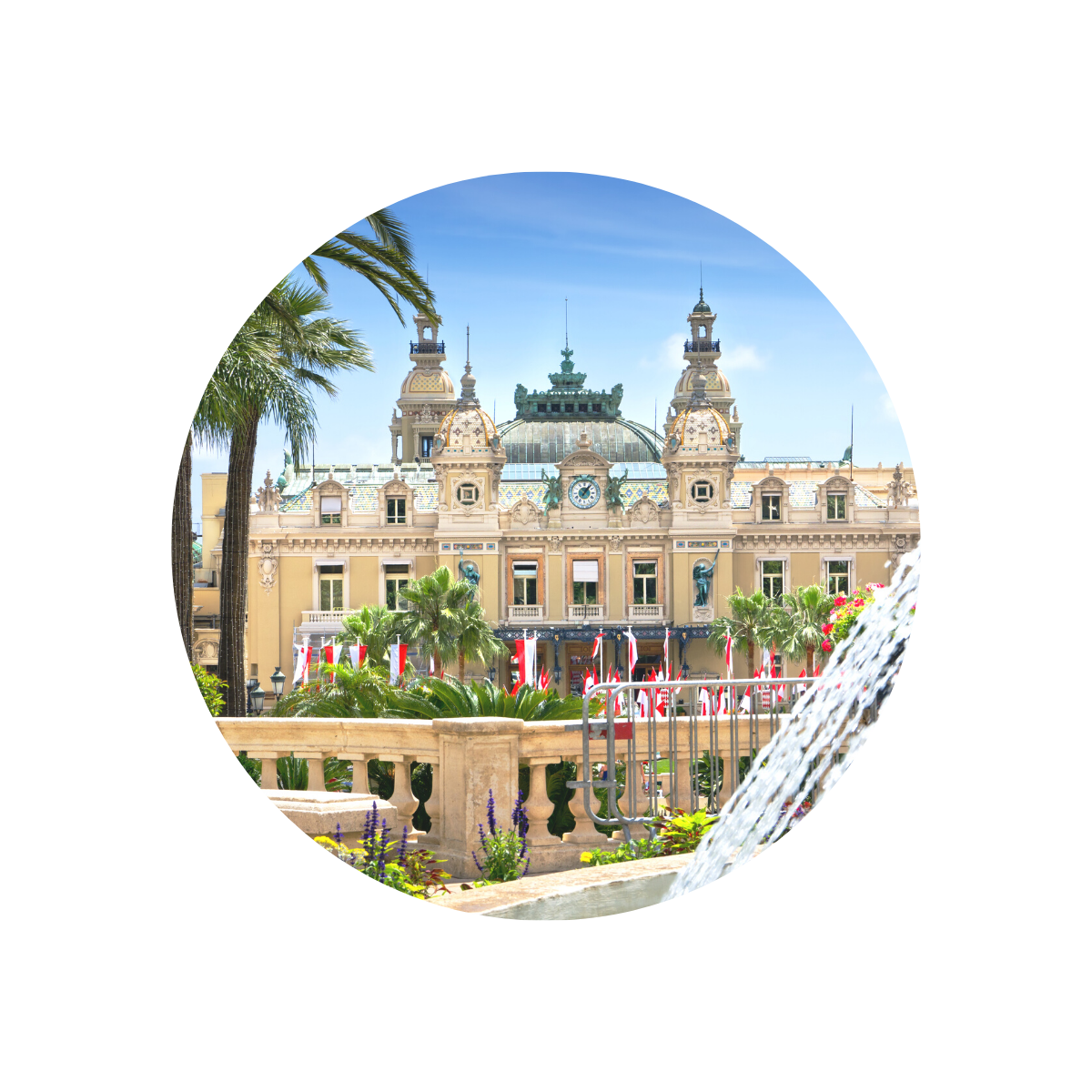 Now let’s deal with the “Monte Carlo” bit.  It’s simply meant to convey that the inputs to the simulation have been allowed to vary during each simulation, and that the simulation is run many times to test the variability of the entire process.  This means, for example, that we don’t just assume we have an 8% stock market gain each simulated year.  Instead we allow the return to vary so that some simulated years will have great returns while others will have bad losses.

While I enjoyed giving my work that kind of prestige by saying “I performed a Monte Carlo simulation on this and (average result)”, the real value of those simulations was the information they gave beyond the average result, like how often we should expect to end up losing money.  After reading this blog post, you will know how to get the additional value that “Monte Carlo” brings to a simulation.

Here’s a concrete example: driving to a destination 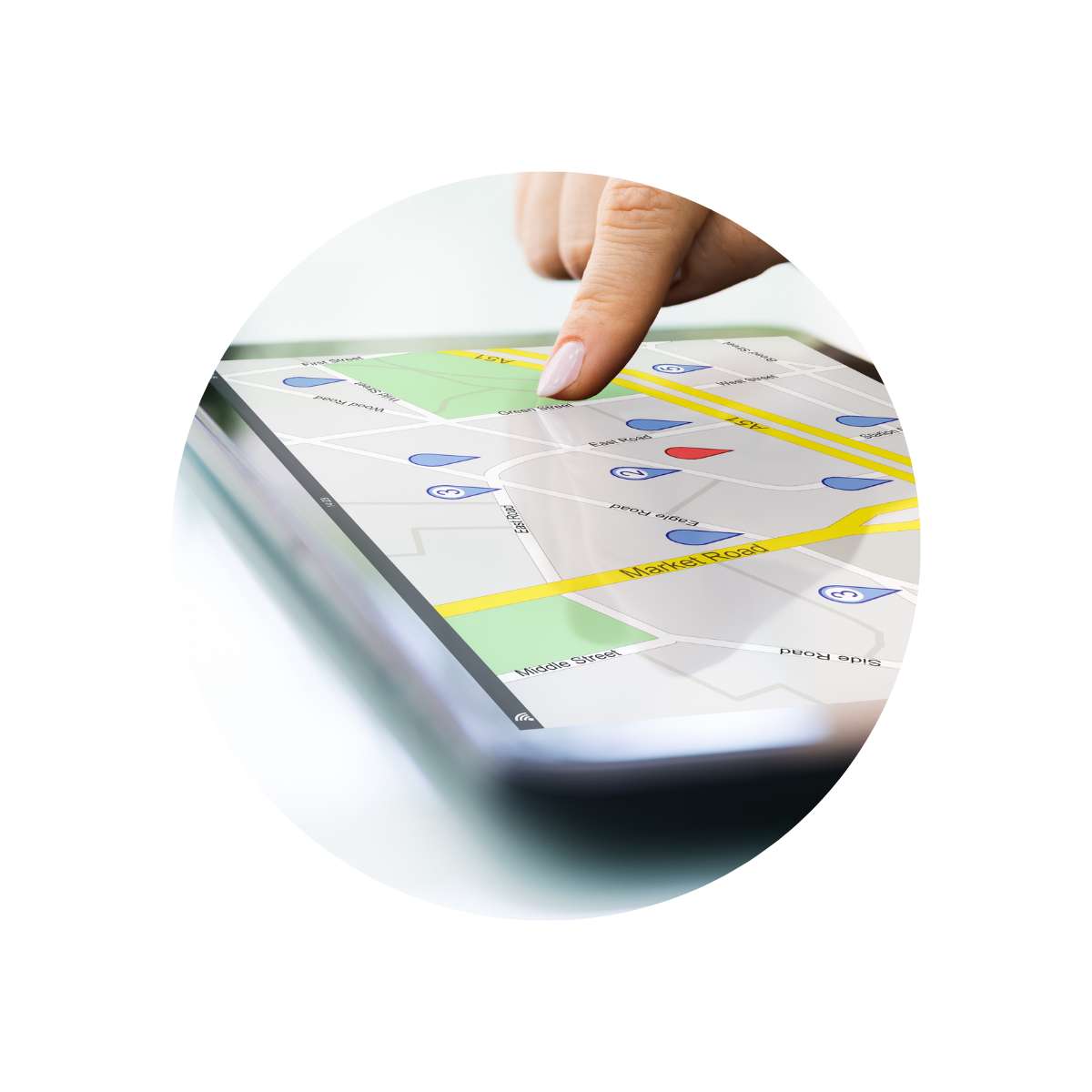 My GPS has a “simulator mode” that allows me to see how do the 45ish minute drive from home to the office.   If I watch it over and over it might help me to memorize the turns and the speed limits on different roads, but every time I watch it the trip will take 45 minutes.

Because I do stuff like that, I timed my actual drive time for a couple of years and found that 45 minutes was pretty accurate on average.  The thing is, my actual experience showed the trip rarely took exactly 45 minutes.   There were often delays, usually due to traffic, but other days the roads were clear and I hit every green light so the trip was shorter.

Limits of using a simulation

The GPS was useful the first few times I drove to the office, but after I had memorized the route the question I needed answered changed from “How do I get there?” to “If we have an 8am meeting every morning, what time do I need to leave the house to ensure I won’t be late?”

Once I had done the commute a few million times I got a pretty good idea of when I need to leave to be safe.  But that didn’t help me if I had a new destination (like a meeting in a client’s office); in that case I was stuck with the GPS’s single estimate.

Similar to getting to an 8am meeting, I don’t just want to know how much money a simulation shows I’ll spend in an average retirement; I need to have a safety margin because there might be “slow traffic” in the form of an illness or drop in the stock market that would result in my running out of money too soon.  (On the other hand, I might happen to retire during a good run in the stock market and have much more money than I had anticipated in retirement.)

It’s not a problem if I need less in retirement, of course, but it is a problem if I end up needing more than my savings and investments bring me because I’m probably not going to want to go back to work when I’m in my 90s.

The internet has a lot of basic financial tools that are like my GPS; they’ll tell us whether our current savings rate will allow us to accumulate a certain amount of assets by some age (typically 65) on average, and then how many years those assets will last in retirement (again, on average.)

A Thousand Swings At The Bat 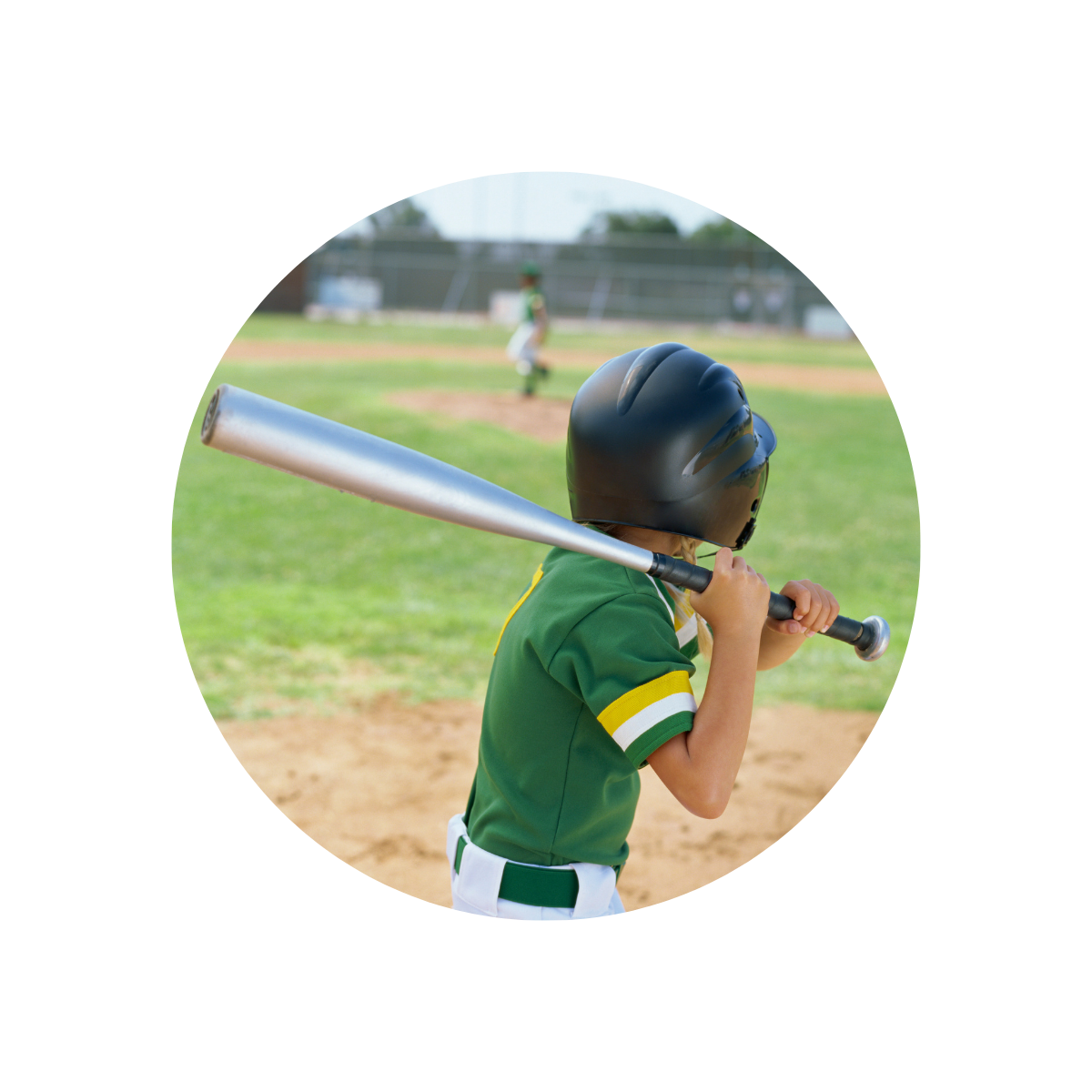 A Monte Carlo retirement simulation, on the other hand, lets us simulate our remaining life thousands of times, and each of these simulations will incorporate random good or bad luck in each of the inputs for each simulation.  Sometimes good luck in some inputs will offset bad luck in others so we’ll end up close to the average, while other times there’ll be more good luck than bad, or more bad luck than good.  By simulating thousands of remaining lives, the Monte Carlo simulation gives us a better idea of what kind of safety margin we will want to have before retiring.

Range Of Outcomes, Not A Single Answer

Remember that the result of your Monte Carlo simulation won’t be a single answer; it will be a range of outcomes; you’ll fall short in some of those simulated outcomes, while in others you’ll have plenty of money.  As the saying goes, “your results may vary”.

The value of the Monte Carlo simulation isn’t in the average; it’s in the range of outcomes because that is what allows us to make rational decisions about our actions.  Here’s some examples to show why I say that:

These examples show the value of Monte Carlo simulations; it gives us a much more nuanced answer to financial questions, and so allows us to make decisions on questions where just plain “yes” or “no” aren’t enough to feel like we’re making the best decisions for ourselves and our families.

So, now, getting back to the question of whether the Monte Carlo simulation is correct, I hope you see that the answer to that question does just not lie in the average, but in how well the range of results reflect the actual range of outcomes we can expect.

Ask About The Inputs

Since we only experience retirement once, we can’t directly test the variability.  What we can do, though, is ask our advisor some questions to see how the inputs to the Monte Carlo simulation are allowed to vary and decide if they are realistic: 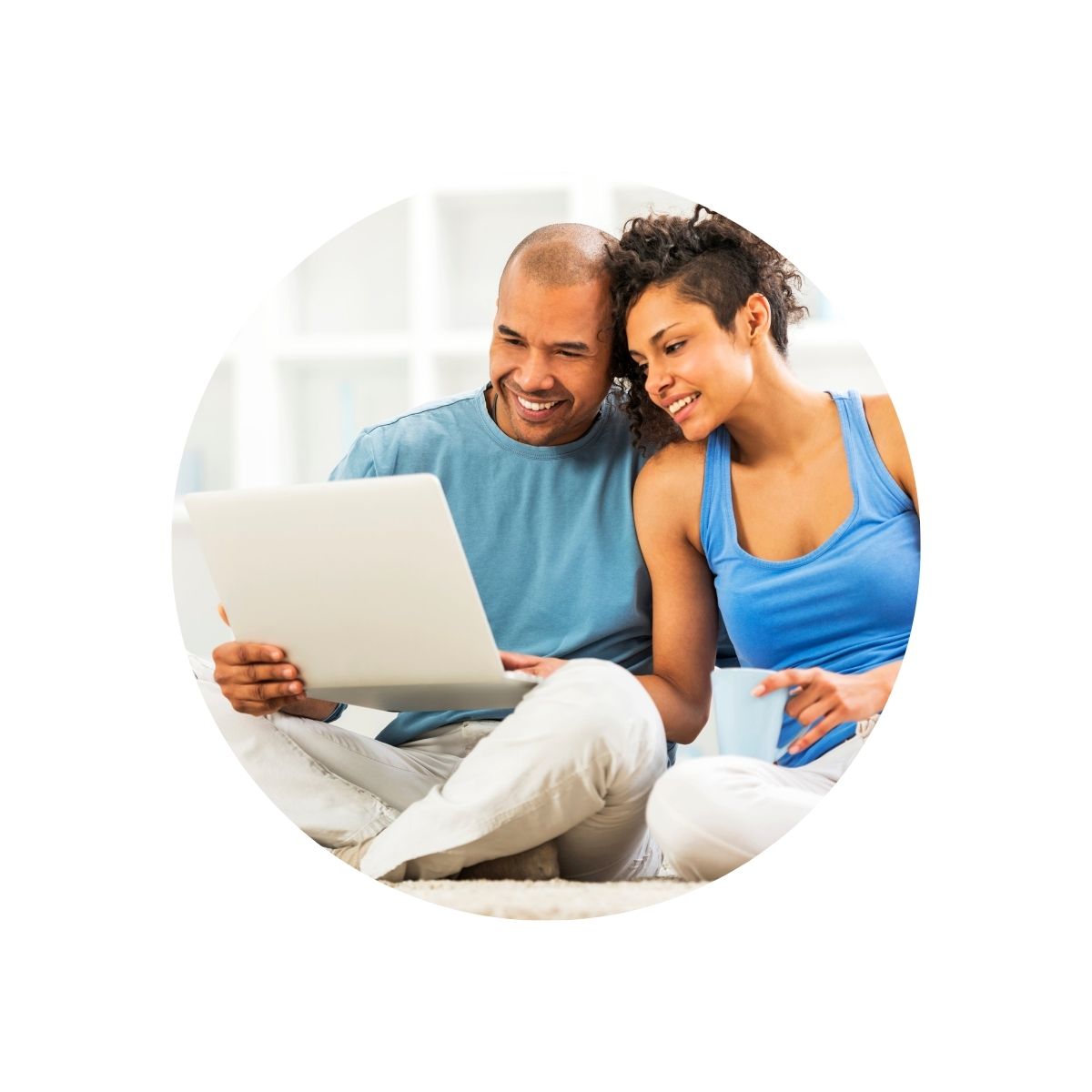 The list of possible items to vary is too long for a single blog post, but these are the kind of items you should look for; don’t be shy about asking your planner what has been allowed to vary in the simulation, and the basis for how variable they are allowed to be!  (Don’t be surprised if your planner has to get back to you on some things.)

The value of a Monte Carlo simulation is in the variability

“Monte Carlo” is often taken to convey some sort of gravitas to the average of a bunch of simulations, but the real value of those simulations is not in their average; it’s in their variability.  We can use the knowledge gained about that variability to improve our decision making, whether it’s deciding what time we need to leave the house in the morning, or the serious decisions we make about our financial futures.

This blog is for general financial education purposes. Information contained in this blog should not be construed as financial, tax, real estate, legal, or investment advice. For educational purposes, blog posts may contain links to other websites which are not under the control  and are not maintained by Real Life Planning. Real Life Planning has provided those links for your convenience but does not necessarily endorse all the material on those sites. Please consult your financial, real estate, legal, or tax advisor for advice specific to your situation.